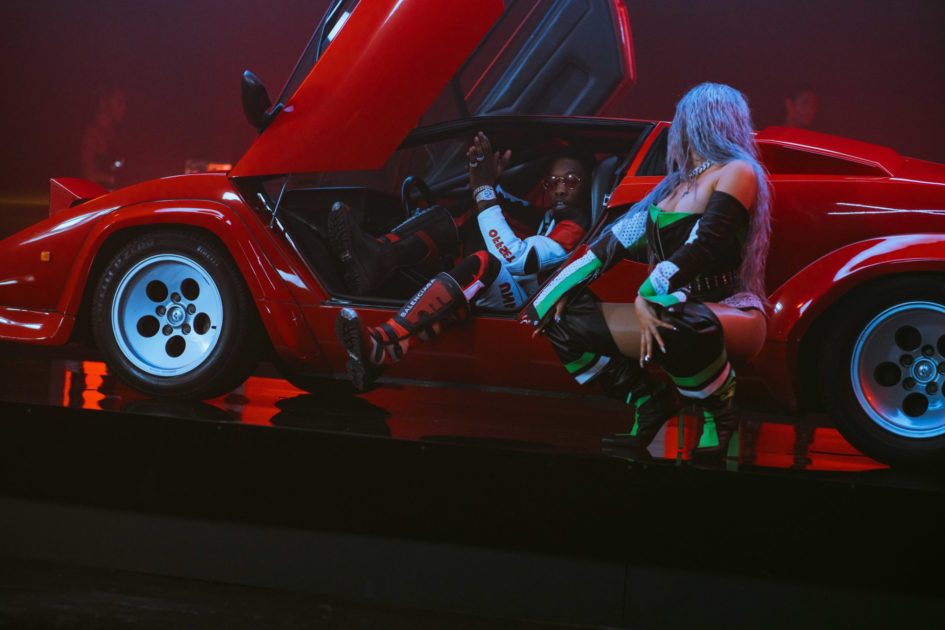 “Quavo’s got a taste for luxury vehicles, known for having a personal collection of Lamborghinis at home, and it’s no surprise that he co-directed the video and gave himself the opening verse of the track. The first minute finds him leaning up against a silver Lamborghini Diablo, bragging he ‘hit so many donuts in the backstreets.’

There’s a glitch in the screen, and we’re seeing a red Lamborghini Countach. MotorSport features the whole rainbow of six figure sports cars, with Offset coming in with a line about “Green Lamborghini a tortoise”– the turtle pace being a joke. A couple lines later, we’re switching lanes, talking about “488 hit the gears,” a reference to Ferrari 488.

Next we get Cardi B strutting in to join Offset, denouncing everyone who’s trying to start beef and spread gossip behind her back, saying Why would I hop in some beef / When I could just hop in my Porsche. Same, Cardi B.

Nicki steps in in front of a white Lambo, and we’re not sure who’s got a more powerful engine, the car or the MC. She’s dressed in a latex-and-steel catsuit from the future, but she’s does a throwback with her references, Pull up in the space coupe, I done linked with Marty (she’s talking Marty McFly’s Back to the Future Delorean). And obviously she throws in a line about a pink Bugatti, because she deserves it.

Takeoff’s car avatar is a red Ferrari Testarossa. He doesn’t talk driving in his verse, but throws in some risqué come-ons in Nicki’s direction.

We’ve only got love for the product placement in this video, because it’s the future we want to see. The video opens and closes out with a glimpse of flying Lyfts streaking through the city’s skyline. Watch Migos’ new video MotorSport, in full, below.”

Migos, Nicki Minaj, Cardi B – MotorSport (Behind The Scenes)

“Quavo was great! It’s always so inspiring to work with artists who are engaged throughout the process and are keen to collaborate and challenge you, that’s exactly what we got from him,”

“It started with talking to Quavo about his vision of what he wanted to create and we all agreed that we wanted it to be futuristic, sleek and definitely featuring some flying cars.”

“We loved this idea that Migos were remaking culture and modeling their own world (Culture and Culture II) as they saw it. Like the Renaissance artists who painted God creating the world, we wanted to create a hyper-futuristic performance video of Migos as they built their prototype vision of a new age – CULTURE II. And so that’s how we structured the video: In the garage scenes they build, design and test prototype technologies that later populate the city.”

Migos, Nicki Minaj, Cardi B – MotorSport (Behind The Scenes/Director’s Cut)

Finally on VEVO. Link in my BIO #MotorsportOnVEVO

‘The guys were styled by Zoe Costello, the custom moto outfits are made by this really dope designer: Ben Taverniti – Unravel projects. Brett Alan Nelson styled Nicki in the incredible full metal look from Manuel Baron and custom made the LED outfit she is wearing in the car. Kollin Carter styled Cardi in the custom Bryan Hearns moto suit with Fenty Puma boots.’

Trap Selena @iamcardib shot by me 📸🤙🏾

The set, which was designed by production designer Damian Fyffe, featured a silver Lamborghini Diablo, a red Lamborghini Countach, a red Ferrari Testarossa and a white Lamborghini Countach – apparently the same one they used in Wolf of Wall Street when Leonardo DiCaprio drives wasted on quaaludes. A key portion of the set was created digitally using green screen and 100% CG shots by John Cameron and Meta Productions.

Teaser of our 1,200 mile 1988.5 Lamborghini Countach in White over White enjoying some time at our all new showroom in Miami. Grand Opening coming February 2017. #curated #wearecurated #countach #lamborghini

Sunday Funday! Going to be hard to say goodbye to our 2001 Lamborghini Diablo 6.0 with 5,700 original miles. Almost impossible to find "Collector Quality," Diablo 6.0 examples. Check out our Blog about the 6.0 model line launching next week on our website! #pendingsale #lamborghini #diablo #curated #wearecurated 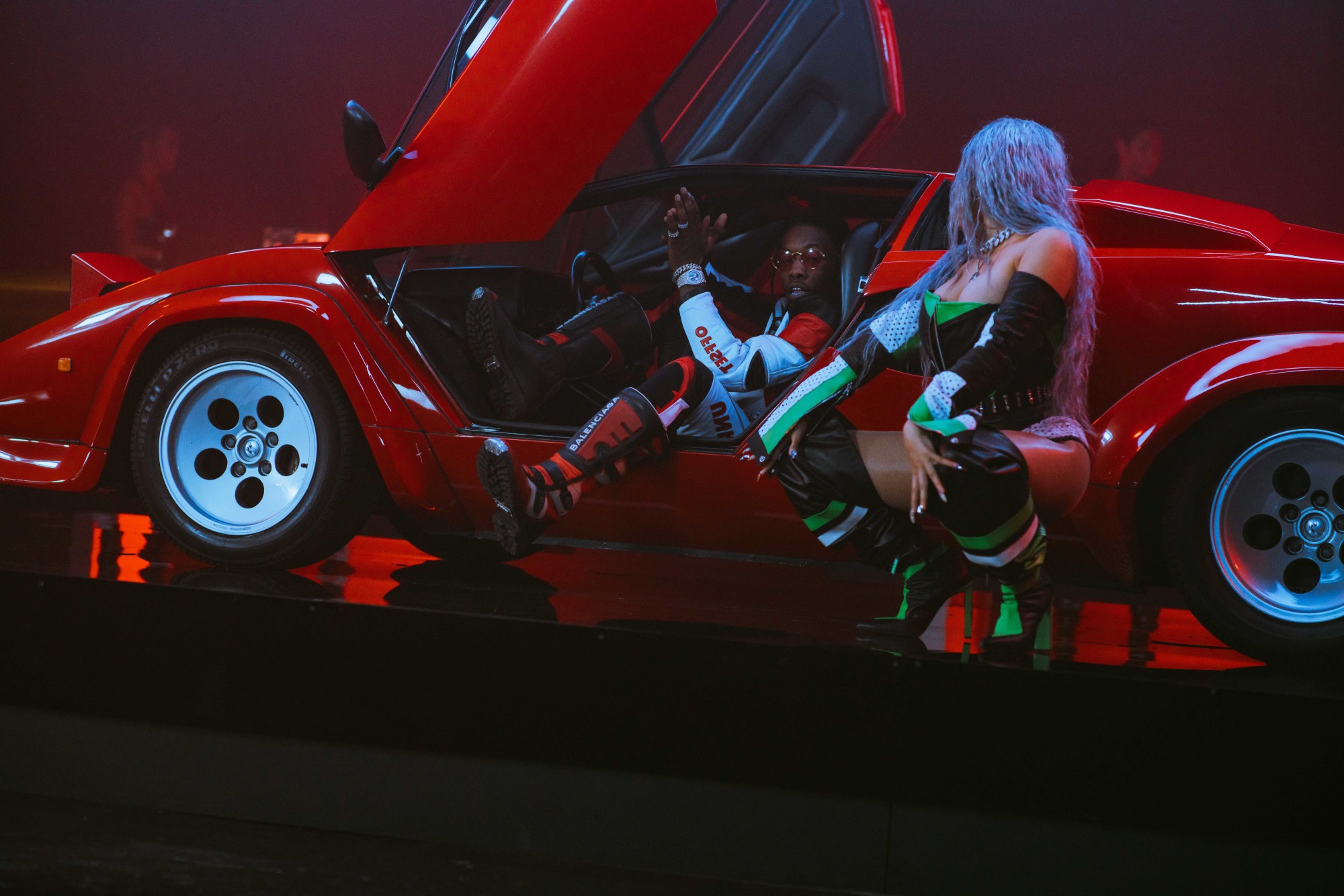 via REVOLT caught up with London-based videos directors, Bradley & Pablo (Bradley Bell and Pablo Jones-Soler), who teamed up with Quavo to bring the vision to life.
https://revolt.tv/stories/2017/12/10/exclusive-bradley-pablo-helped-quavo-bring-highoctane-motorsport-video-life

via yuyutv.com Migos’ MotorSport is an anthem for fast and sexy cars, for section Verse by verse, highlighting the dedication these artists have for their rides.
https://www.yuyutv.com/migos-motorsport-is-an-anthem-for-fast-and-sexy-cars/