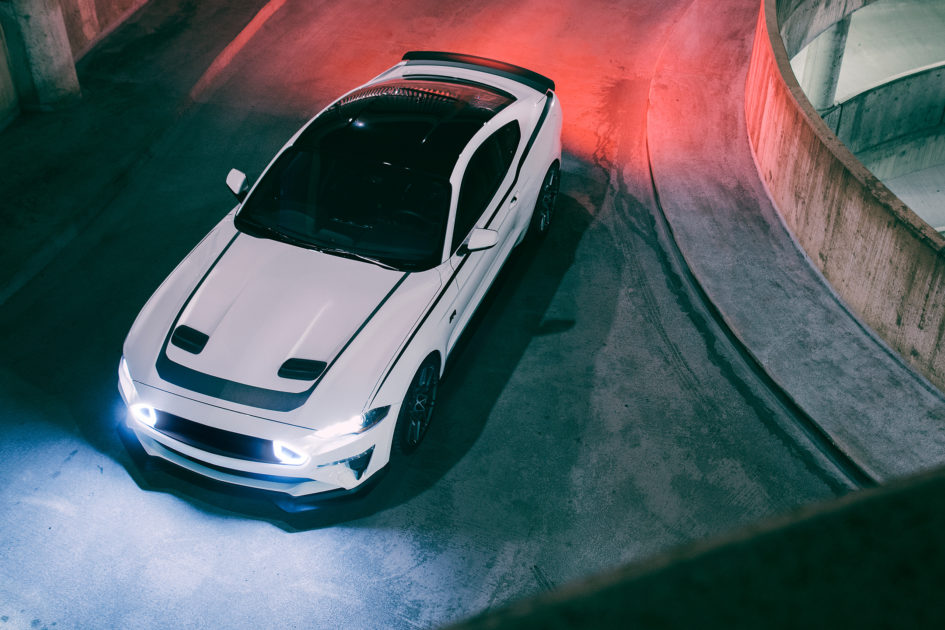 Mustang RTR is the vision of World Champion drifter and Mustang madman, Vaughn Gittin Jr. RTR was built from the ground up to compliment the Ford Mustang lifestyle with modern aggressive styling, and street tested, track-proven performance characteristics. Born and bred from traditional Japanese drift culture and influenced by European sports car style, RTR is modern, adaptive, fun, and the next generation of the Mustang enthusiast.

RTR is embedded in top-level motorsports and that professional experience trickles down to the consumer in the way of the RTR Spec packages. The RTR facility houses a state-of-the-art motorsports shop, racecar assembly for the Formula Drift World Championship, and is also proficient at manufacturing and prototyping.

Each RTR Spec model is a dealer-installed option package for the globally available Ford Mustang, and they are currently available in select Ford dealers around the world.

We reengineered the 2018 Mustang RTR with not only looks that kill, but also real-world performance benefits. The 2018 RTR packages will be available on every trim level. More details soon. #Mustang #MustangRTR #RTRVehicles 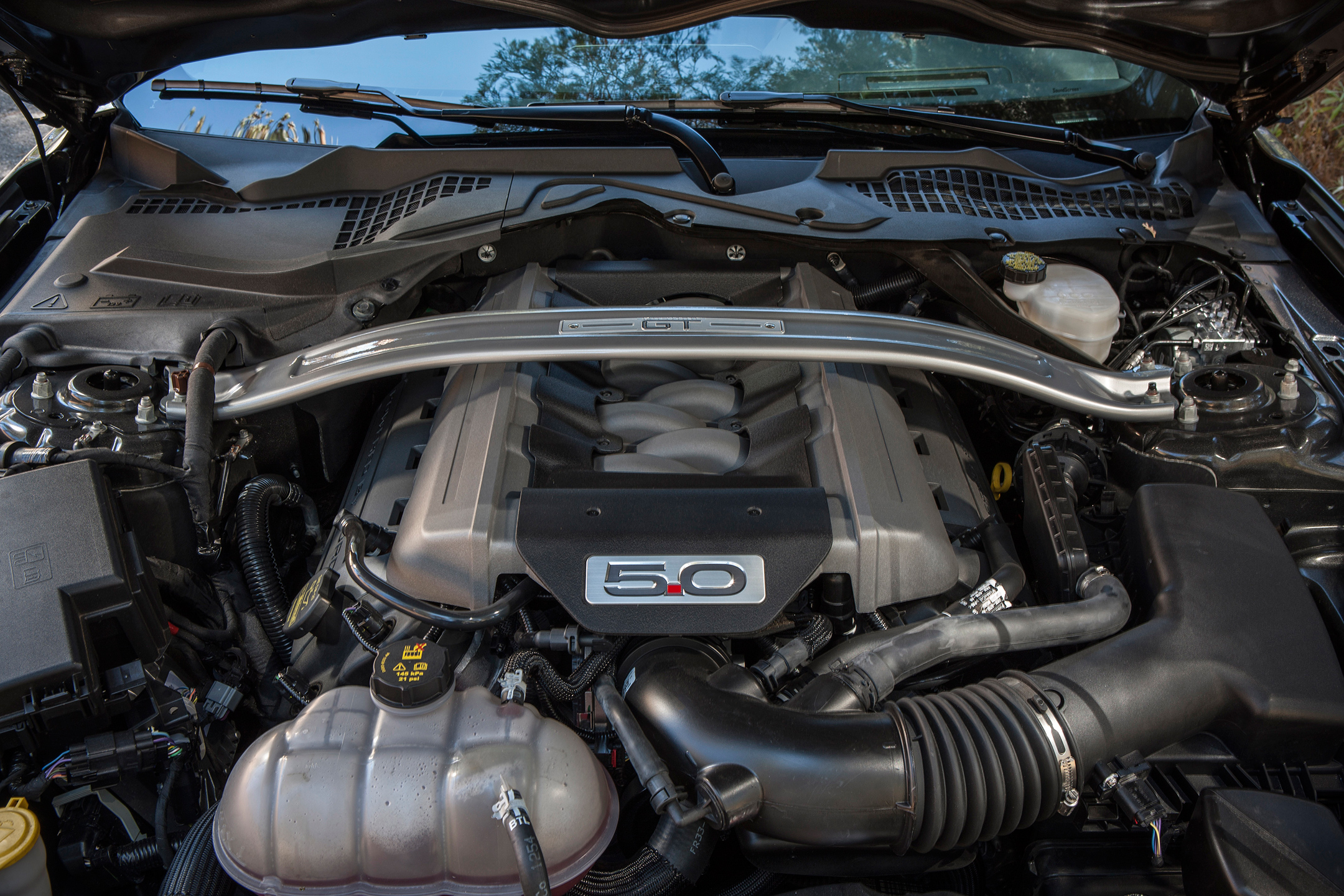 The 2018 Mustang RTR will be available soon through select Ford Dealers globally, offering turnkey packages with up to 700 horsepower.

The 5.0 L ‘Coyote’ V8 is the latest evolution of the Modular engine.

The name was also derived from a manufacturing plant protocol, ‘Modular’, where the plant and its tooling could be changed in a few hours to manufacture different versions of the engine family.

The Modular engines are used in various Ford, Lincoln, and Mercury vehicles. Modular engines used in Ford trucks were marketed under the Triton name from 1997–2010 while the InTech name was used for a time at Lincoln for vehicles equipped with DOHC versions of the engines. The engines were first produced in Romeo, Michigan but additional capacity was added in Windsor, Ontario.

Ford engineers needed to design a V8, specifically for the Mustang GT, that would compete with the GM 6.2L LS3 used in the new Chevrolet Camaro, and the new Chrysler 6.4L Hemi ESF in the Charger, Challenger, and Grand Cherokee.

This engine had to remain close to the same physical size of the outgoing 4.6, and share other specifications with it such as bore spacing, deck height, bell housing bolt pattern, etc. in order for the engine to utilize existing Modular production line tooling.

5.0L Coyote crate engine with 435 HP. What's under the hood of your #FordMustang? #Fordsofinstagram

The result was the 5.0 Coyote, which produced roughly the same amount of power as its competitors, but with a much smaller displacement. To strengthen the block enough to handle increased output, webbing was extensively used as reinforcement in the casting, rather than increasing the thickness of the walls.

The intake plenum was also situated low between the two cylinder banks to meet the height constraint, thus the alternator traditionally placed low and center was moved to the side of the engine. It shares the 4.6 L’s 100 mm bore spacing and 227 mm deck height, while bore diameter and stroke have increased to 92.2mm and 92.7mm, respectively.

Compression ratio is 11.0:1, and despite having port fuel injection (as opposed to direct injection) the engine can still be run on 87 octane gasoline.

The Coyote features all new 4V DOHC cylinder heads that have shifted the camshafts outboard, which allowed for a compact roller finger follower setup with remote hydraulic valve lash adjusters and improved (raised) intake port geometry. The result is an intake port that outflows the Ford GT intake port by 4 percent and the Yates D3 (NASCAR) intake port up to 12 mm lift, which is the maximum lift of the Coyote’s intake cams. Engine redline is 7000 rpm.

After extensive testing and design development, the new 2018 Ford Mustang RTR focuses on style, drivability, performance and aerodynamic styling, making it the most dynamic, powerful and expressive Mustang RTR yet.

“The new 2018 Ford Mustang is the most technologically advanced and arguably the best Mustang ever on all fronts. It’s amazing what Ford has been able to accomplish with the 2018 Mustang in terms of performance and overall refinement, but the RTR team and I just couldn’t leave it alone!

With our unique styling across the entire RTR lineup, available multi-purpose adjustable suspension components and power upgrades that our customers have grown to love and use to push their RTRs to the limit! I am confident, and many will agree, that this is one of the most fun Ford Mustangs ever to hit the street!” 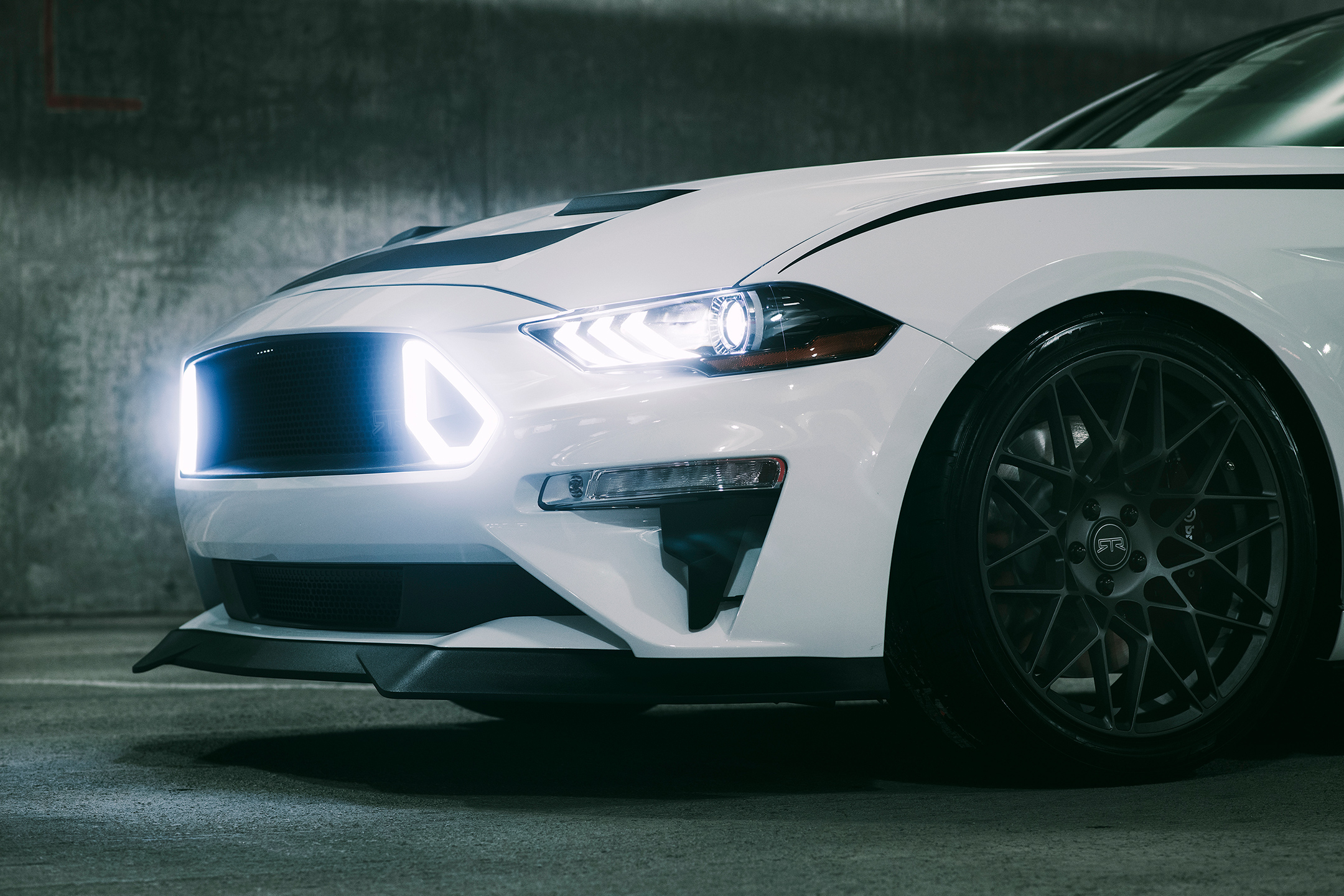 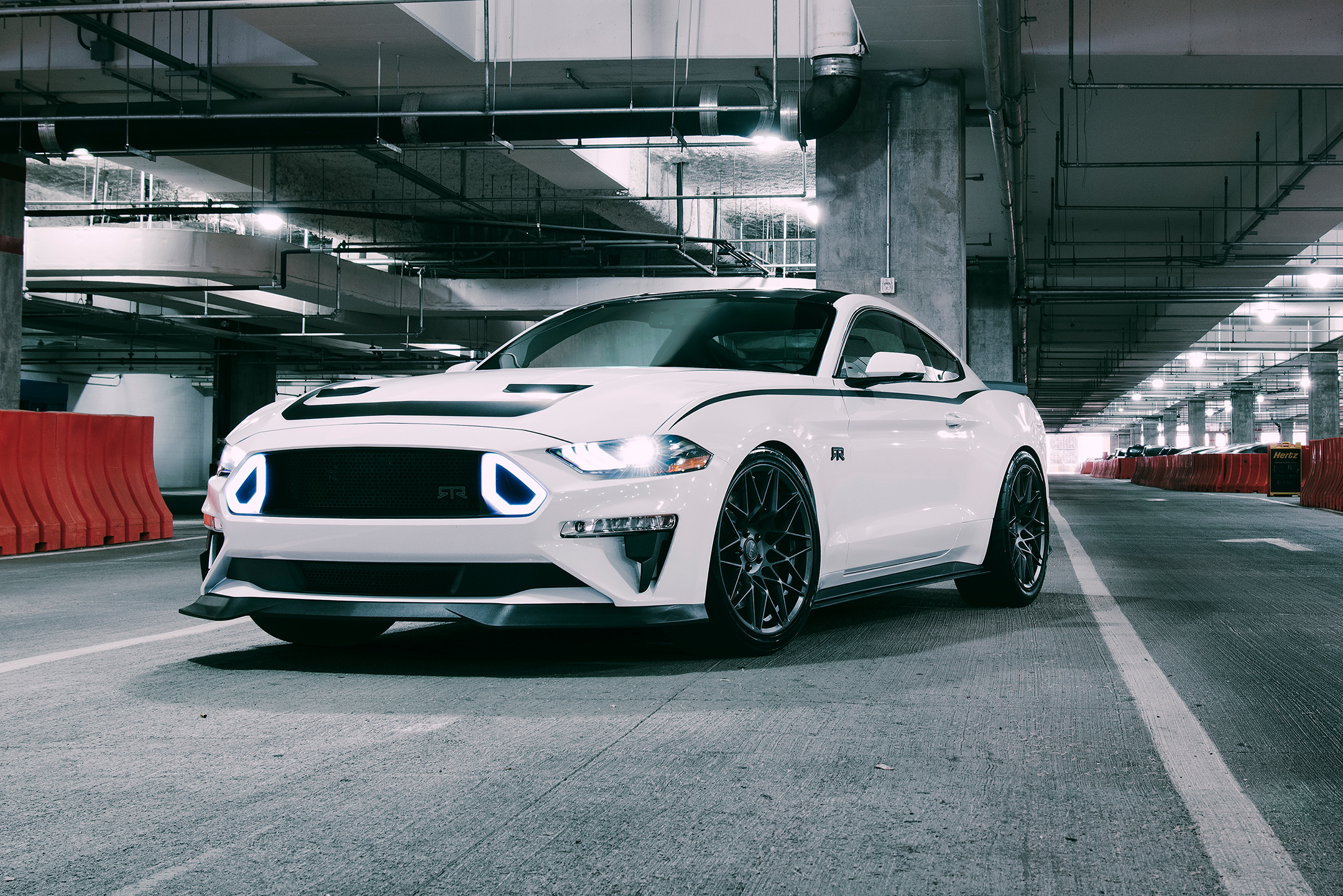 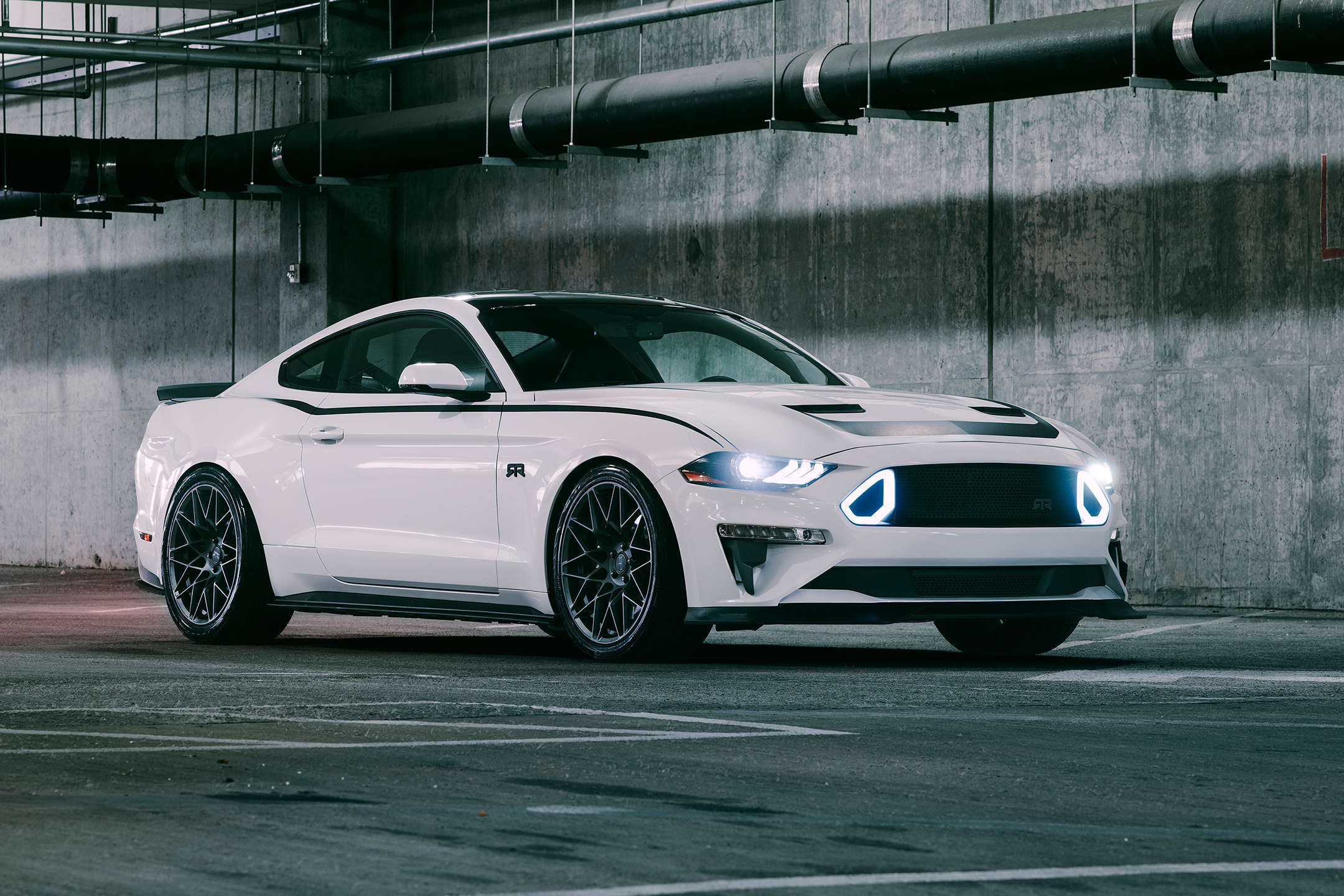 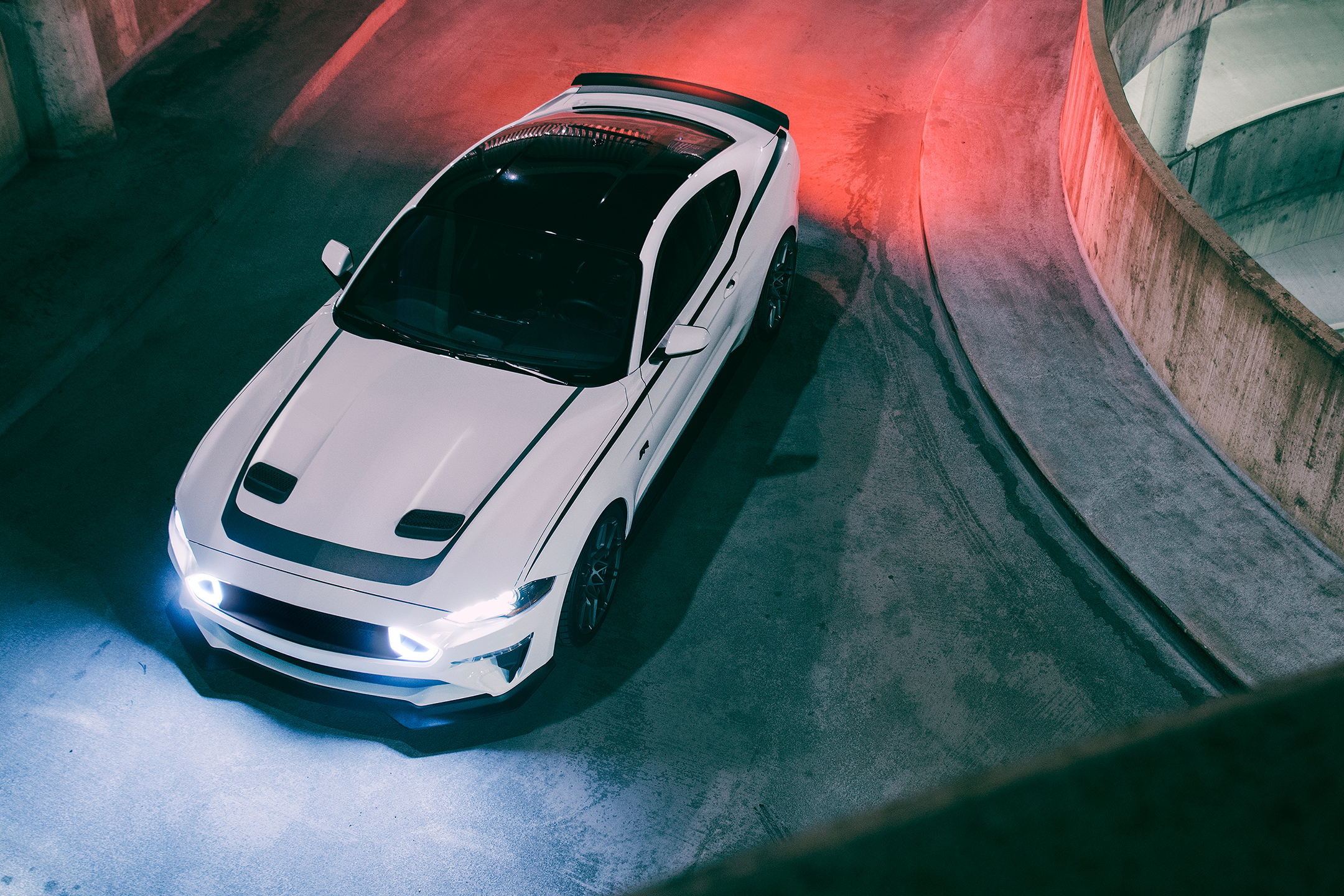 As in years past, the 2018 RTR will be offering a Spec 1, Spec 2 and Spec 3 version of the Ford Mustang. Every RTR includes the RTR Design Package, signature lighting and graphics kit, and dash plaque signed by Vaughn Gittin Jr. New aerodynamic styling such as the front bumper turning vanes and the forged Aero 7 wheels offer aggressive styling and purposeful additions to the Ford Mustang. 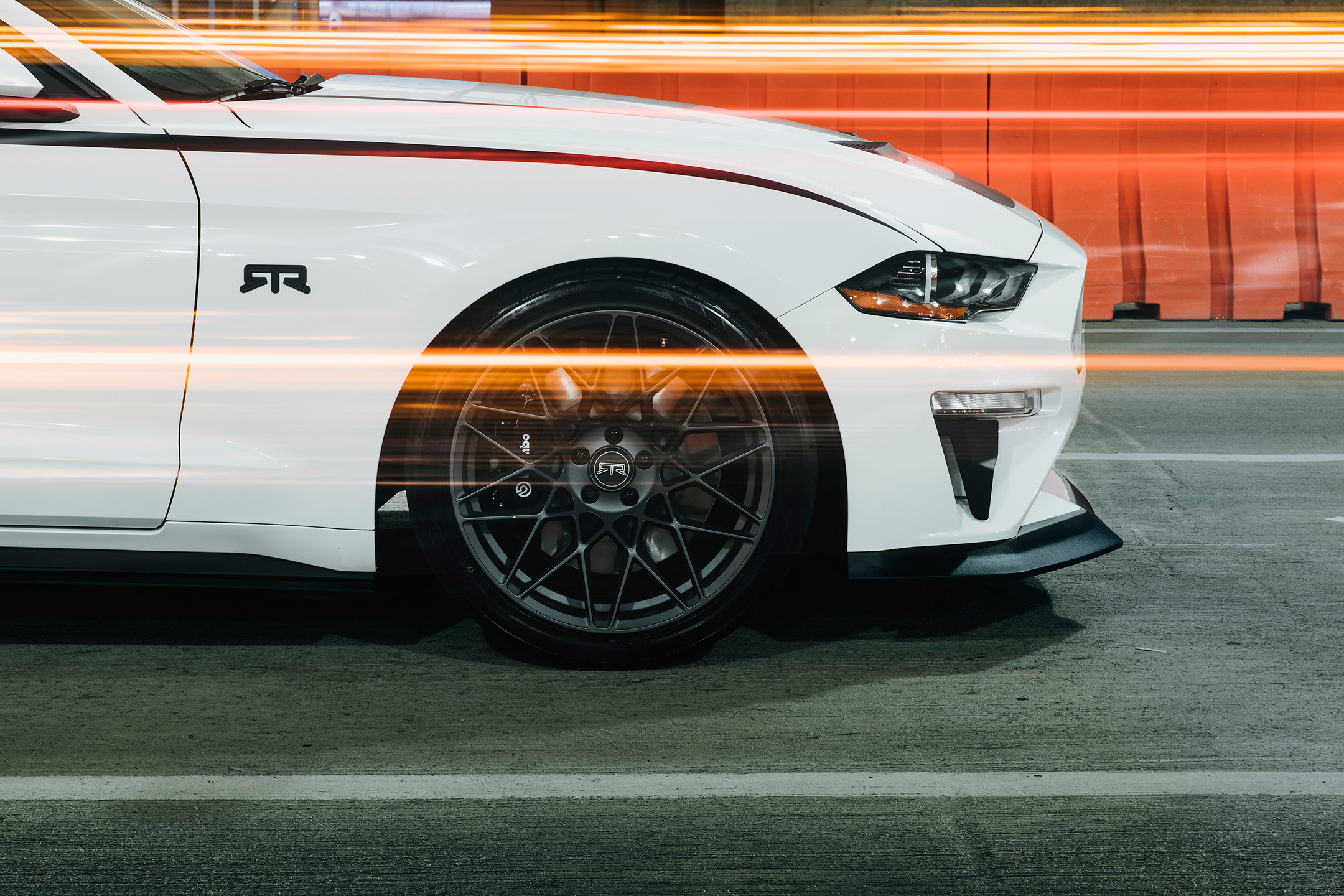 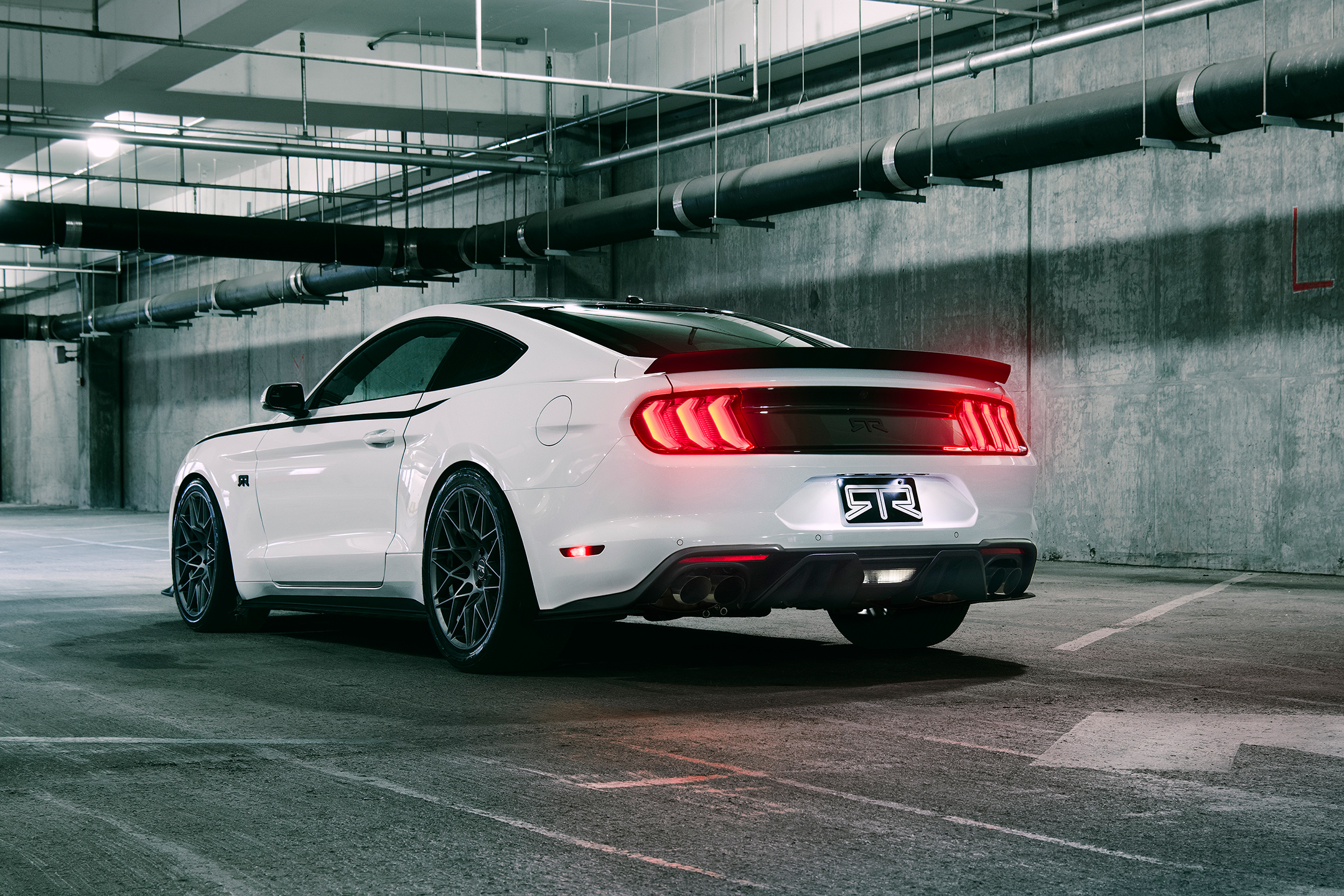 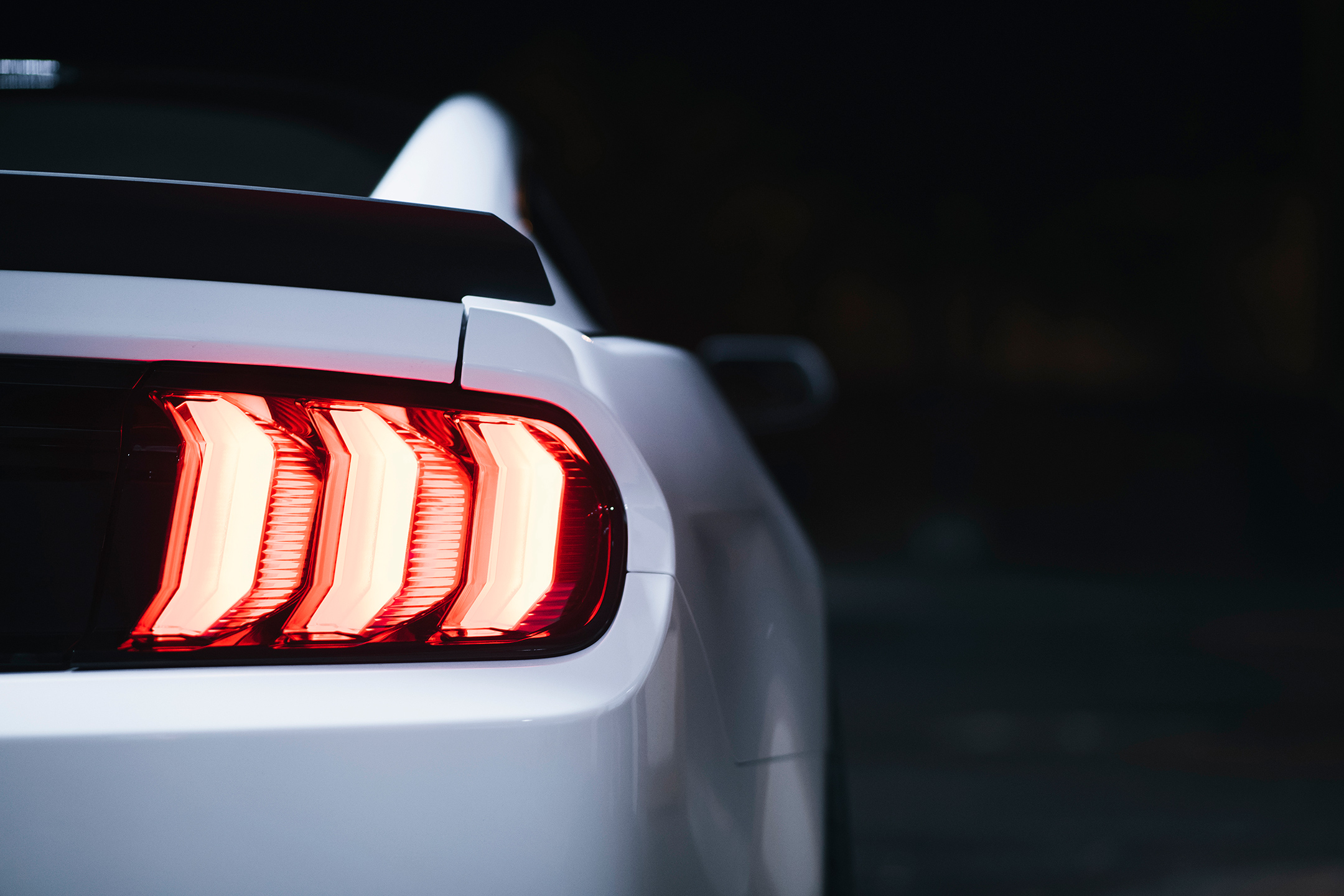