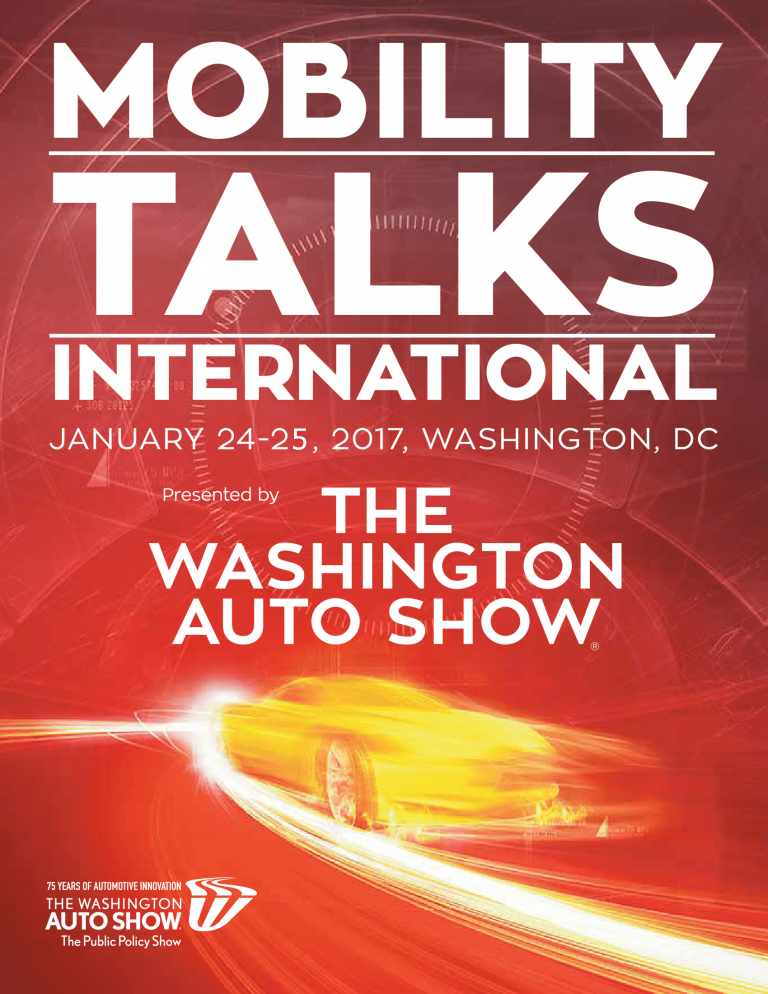 The Washington Auto Show (WAS) is an annual local auto show held in Washington, D.C. at the Walter E. Washington Convention Center usually in late January.

This year marks the 75th anniversary of the Washington Auto Show. The 2017 show will run from January 27 through February 5, 2017. This year’s show brings cutting-edge exhibits, latest model cars and displays of historic vehicles, VIP Tours with Auto Experts, in addition to celebrities and sports personalities. Green Car Journal will announce finalists for its prestigious Washington Auto Show 2017 Green SUV of the Year, Connected Green Car of the Year, and Luxury Green Car of the Year awards at a Green Car Awards press conference held at LA Auto Show’s AutoMobility LA, on November 17, 2016.

Winners of the three awards will be announced in Washington, D.C., during the 2017 Washington Auto Show’s Policy Day on January 26. These coveted awards recognize the best-of-the-best in three of the fastest-growing “green” segments in the automotive field. The Washington Auto Show Delegation is also hosting a series of industry discussions and a forum called MobilityTalks International® prior to the show opening to the public.

It's not official until the banners are up. #WAS17 #DC #WashingtonDC #MobilityTalks2017

The @kiamotorsusa #Stinger is absolutely stunning. #WAS17

Tuner cars galore here at #WAS17, including this ridiculous @toyotausa Prius. ?

We snuck down before the show opened today to check out the @bmwusa display. Gorgeous, and those colors! They've got the #i8 down there as well! #WAS17

The stunning @mercedesbenz AMG GT. Come admire it. ?#WAS17